Zomi Bloom is a poet, mother of 3, and weekday number cruncher. She moved to Duluth from the east coast 6 years ago and has been inspired by the landscape and natural treasures of the North Shore. She enjoys coffee, running (slowly) and sleeping whenever possible.

Brooks Johnson tells the Northland’s stories as a Duluth-based reporter for the Star Tribune. He grew up in Fargo, graduated from the University of Montana School of Journalism and lived and worked in Idaho, Washington and Oregon before putting down roots in Duluth. Brooks likes to bike, hike, fly fish and write bad poetry. Keep up with his work at readbrooks.com.

Jenna Kowaleski holds a degree in public relations from the U of M – Twin Cities. She spends the hours before dawn writing novels and short stories, as well as working on her book review site: foghornreview.com. 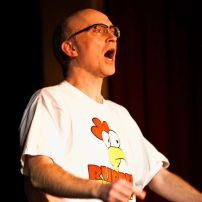 Brian Matuszak is a writer/director/producer/performer for his theater company Rubber Chicken Theater. He has also written weekly humor columns for the Budgeteer and is currently working on a time travel comedy adventure novel. In fact, if he can get the science to work, he’s already written it. He teaches public speaking at the University of Minnesota-Duluth. When not writing, he enjoys geocaching, hiking, and being enthralled by his daughter’s success on local music stages. 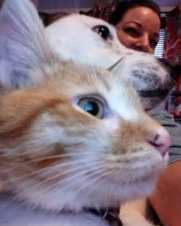 Leslie Mehle is a librarian at Superior Public Library. A native of northern Wisconsin, she now lives in Duluth. Her favorite pastimes including swimming, shopping, fishing, baseball, long naps, writing, reading and spending time with her husband.

scone attended Macalester College in St. Paul and then spent the next 14 years in St. Petersburg, Russia, where he earned a Master’s in Russian Language and Literature. Chris currently teaches ESL and writing at UW-Superior. He enjoys writing poetry about his trips to the Boundary Waters, and writes a blog about his family’s outdoor adventures in Duluth: https://duluthed.wordpress.com/

Kelsey Roseth is the owner of Kelsey Roseth Communications, a hybrid marketing agency based in Duluth, Minnesota. In her free time she reads, bakes, enjoys family time and writes as freelance journalist. Her bylines include Birds & Blooms, Country, The Nature Conservancy’s Cool Green Science blog, Culture Trip, Outdoor News, Upland Almanac, Northern Wilds, Make MN, The Woman Today and Duluth/Superior Living, among others. Her past writing experience includes serving as an advertising agency copywriter and IT-industry communications specialist. She began her career as a news anchor/reporter for WDAY-TV in Fargo, North Dakota.

Felicia Schneiderhan is the author of the memoir Newlyweds Afloat: Married Bliss and Mechanical Breakdowns While Living on a Trawler. Her work appears in Real Simple, Chicago Sun-Times, Great Lakes Review, Literary Mama, Lake Superior Magazine, Sport Literate, Diverse Voices Quarterly, and elsewhere. She lives in Duluth, where she writes in whatever closet she thinks her three tsunamis won’t find her.